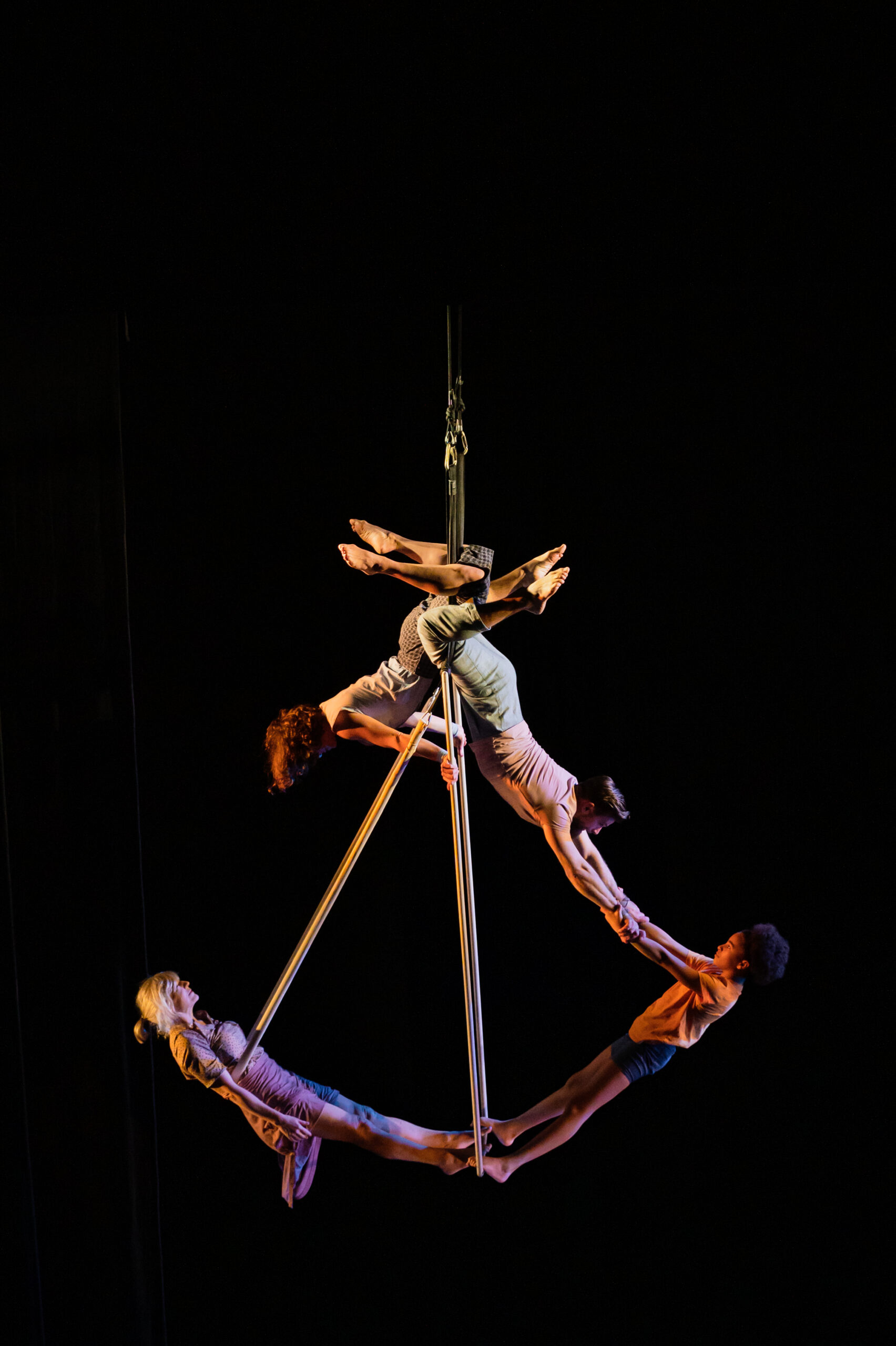 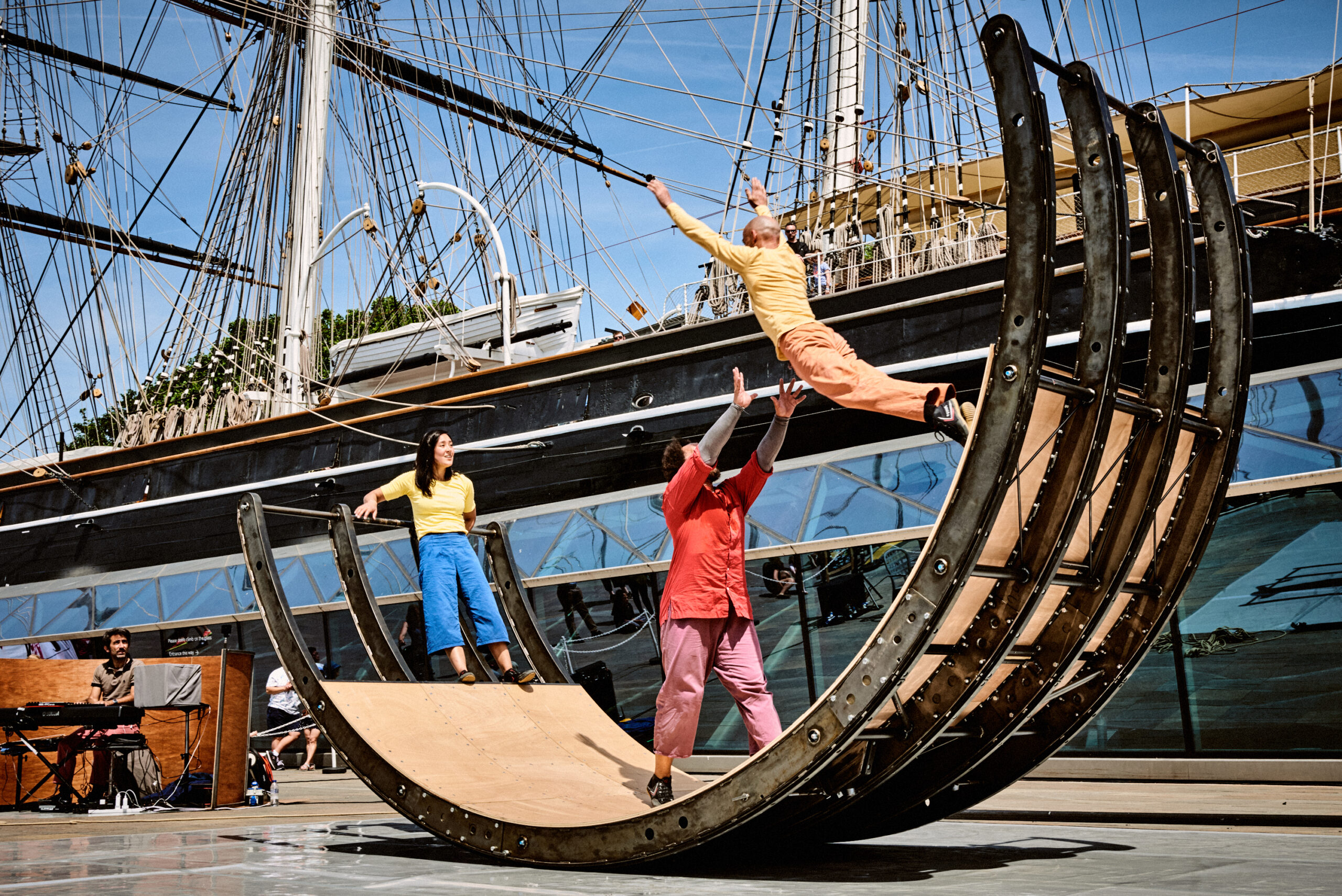 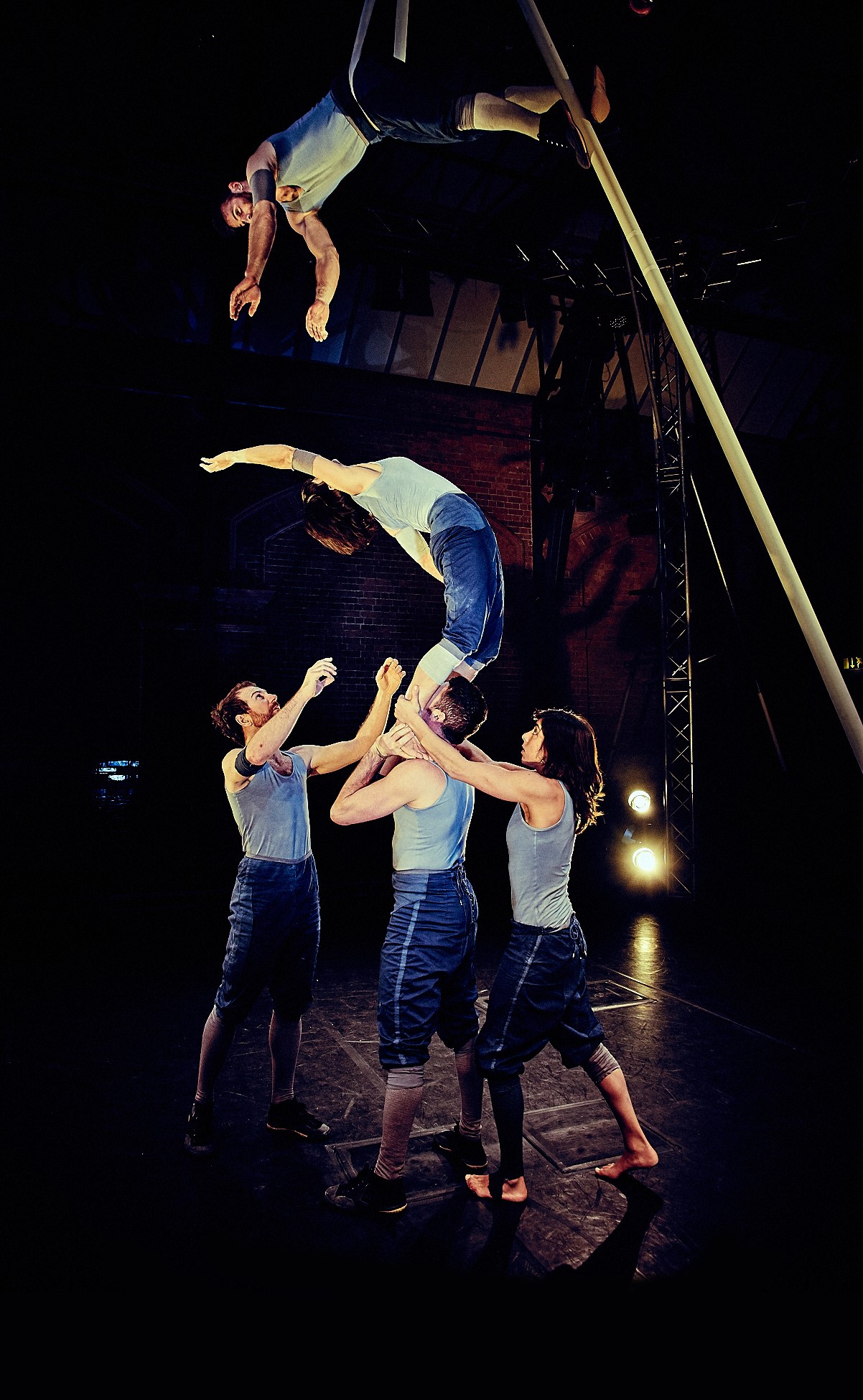 Please contact Alison King at Turtle Key Arts for any enquiries and/or feedback:

WE ARE AN AERIAL THEATRE COMPANY WHO COMBINE CIRCUS AND VISUAL THEATRE TO MAKE WORK THAT IS ARRESTING AND ENTERTAINING. WE SPECIALISE IN CREATING PHYSICAL THEATRE ON ORIGINAL PIECES OF AERIAL EQUIPMENT AND CREATE STORIES FROM THE VULNERABILITY, TRUST AND RELIANCE THAT EXIST BETWEEN PEOPLE IN THE AIR.

Rather than paint the circus performer as a superhuman character capable of impressive feats we make work that draws on the human and the real, where the characters go through recognisable experiences, emotions and conflicts which the audience can identify with and relate to. Our shows are exciting and moving and we feel that we’ve achieved our aims when members of the audience have said to us “I wanted to come on stage and do it with you”.

The Company was formed in 2004. We all met while studying at Circomedia, Academy of Circus Arts and Physical Performance in Bristol. In spring 2006, Turtle Key Arts became our producers.

We were the first British company to be funded by Jeunes Talents Cirque (now circus next). In 2007 we premiered our first full evening programme at the London International Mime Festival, to sell-out audiences.

Since then we have performed in theatres and festivals throughout the U.K, Europe and Australia and have established a reputation for innovative, arresting, accessible performances.

The name Ockham’s Razor comes from a logical principle attributed to the medieval philosopher William of Ockham. It states that between two plausible theories, the simpler is preferable. It is called a razor because it cuts out unnecessary elements. As a company we work with this simple approach.

Ockham’s Razor are Company in residency at artsdepot and an Arts Council England National Portfolio Organisation.