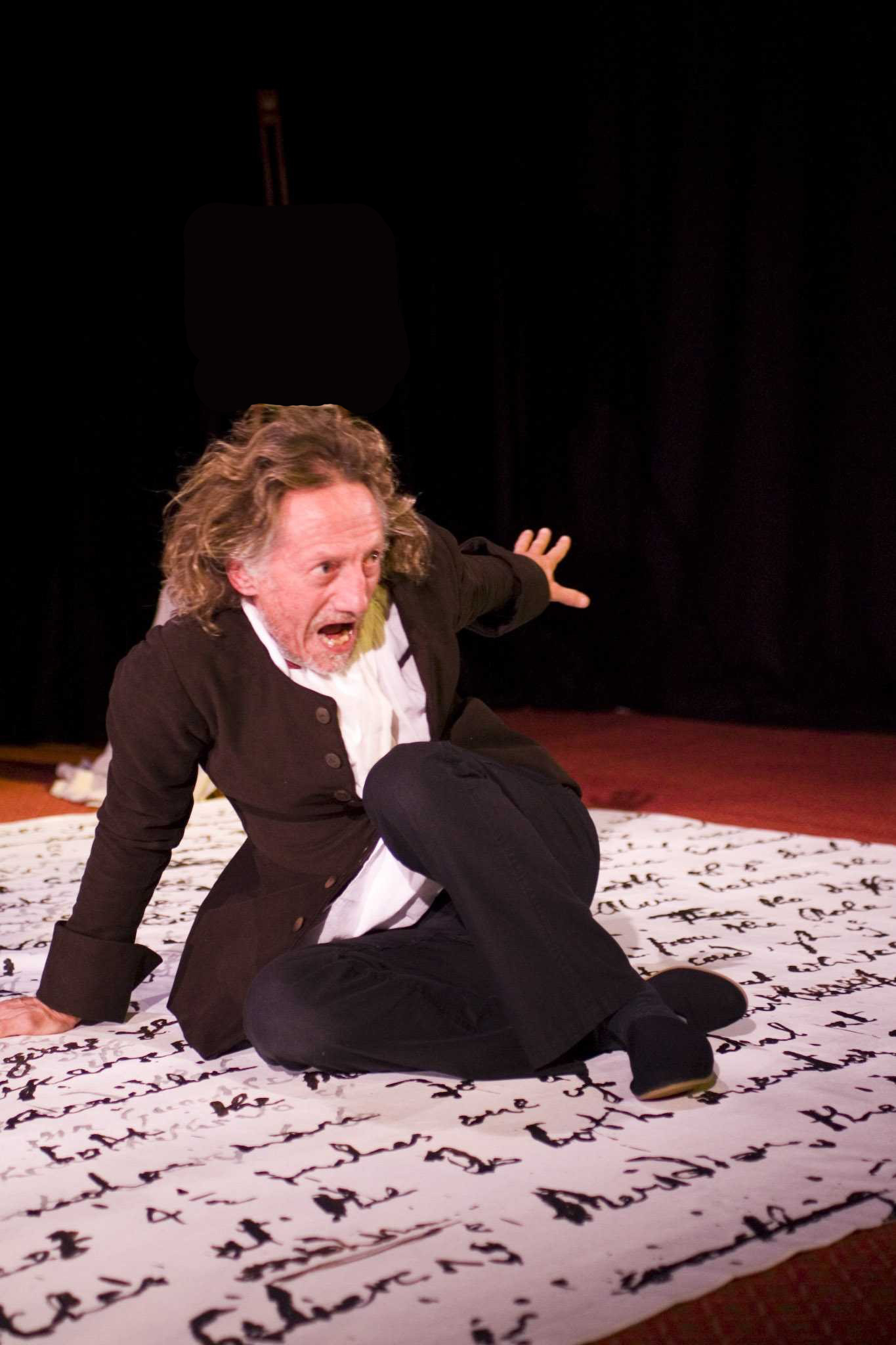 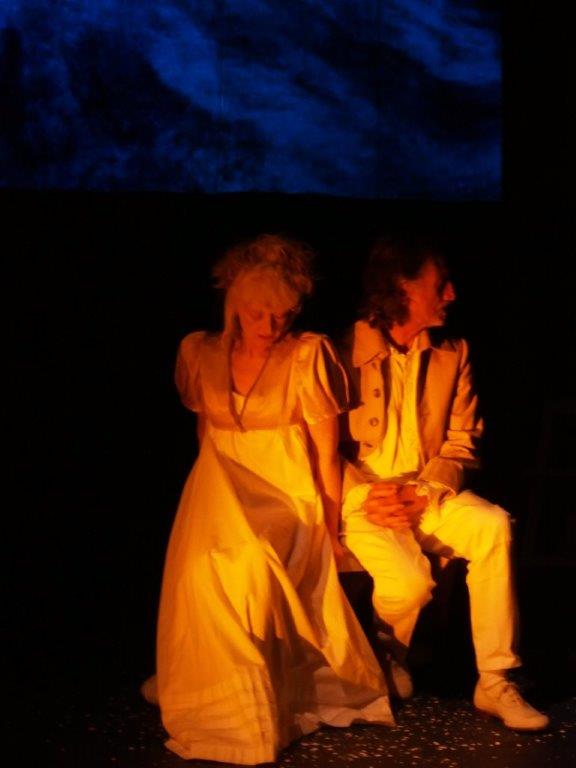 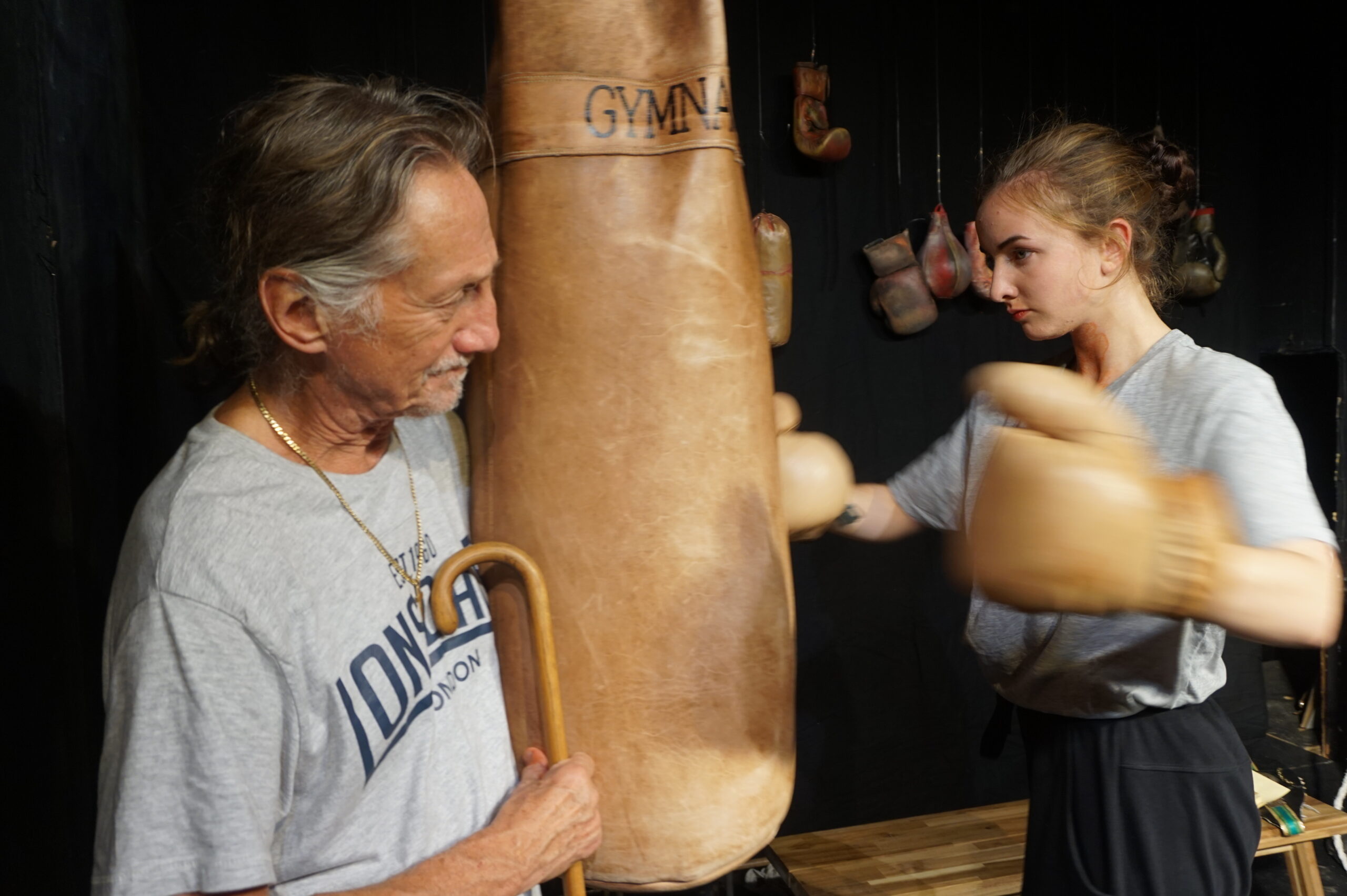 “this tiny company punches way above its weight – see them and experience meticulously researched theatre that stimulates, entertains and relies on skill and imagination” The Public Review

Take the Space was founded in 2005. We’re artist led with a small professional team who come on board in preproduction. Our aim is to produce high quality, original new work and so far we’ve produced five shows: Sam & I, a solo show about Elizabeth Pepys; Hanging Hooke, a solo show about Robert Hooke the C17th genius polymath; Dolce Via a two hander, inspired by Fellini’s La Strada; STELLA, a story about women astronomers for three actors and then White Feather Boxer the story of a conscientious objector who was also a boxer, written for two actors

In 2021 thanks to Arts Council England, we researched and developed The Dolly Project, essentially a C21st Pygmalion for two actors; the story of a woman, who with grit and courage, decides to grab a bigger life before it’s too late; a journey inspired by Dolly Parton’s own narrative. This will be our sixth production and we hope to tour in 2023.

We’re committed to touring and creating pieces that are accessible and retain flexibility; Dolce Via played a tent  in the Brighton Fringe Festival and we’ve performed Hanging Hooke in Exeter Cathedral’s Chapter House ; along the way we’ve played many studios – including the BT at Oxford Playhouse and The Ustinov at Bath Theatre Royal as well as the midscale spaces: The Minerva at Chichester Festival Theatre, The Traverse in Edinburgh, The Unity Theatre Liverpool, The Old Market in Brighton and Smock Alley in Dublin. And we mustn’t forget the Theatre Royals – Harrogate and Northampton as well as The Rose in Kingston. Here’s hoping that the circuit survives!