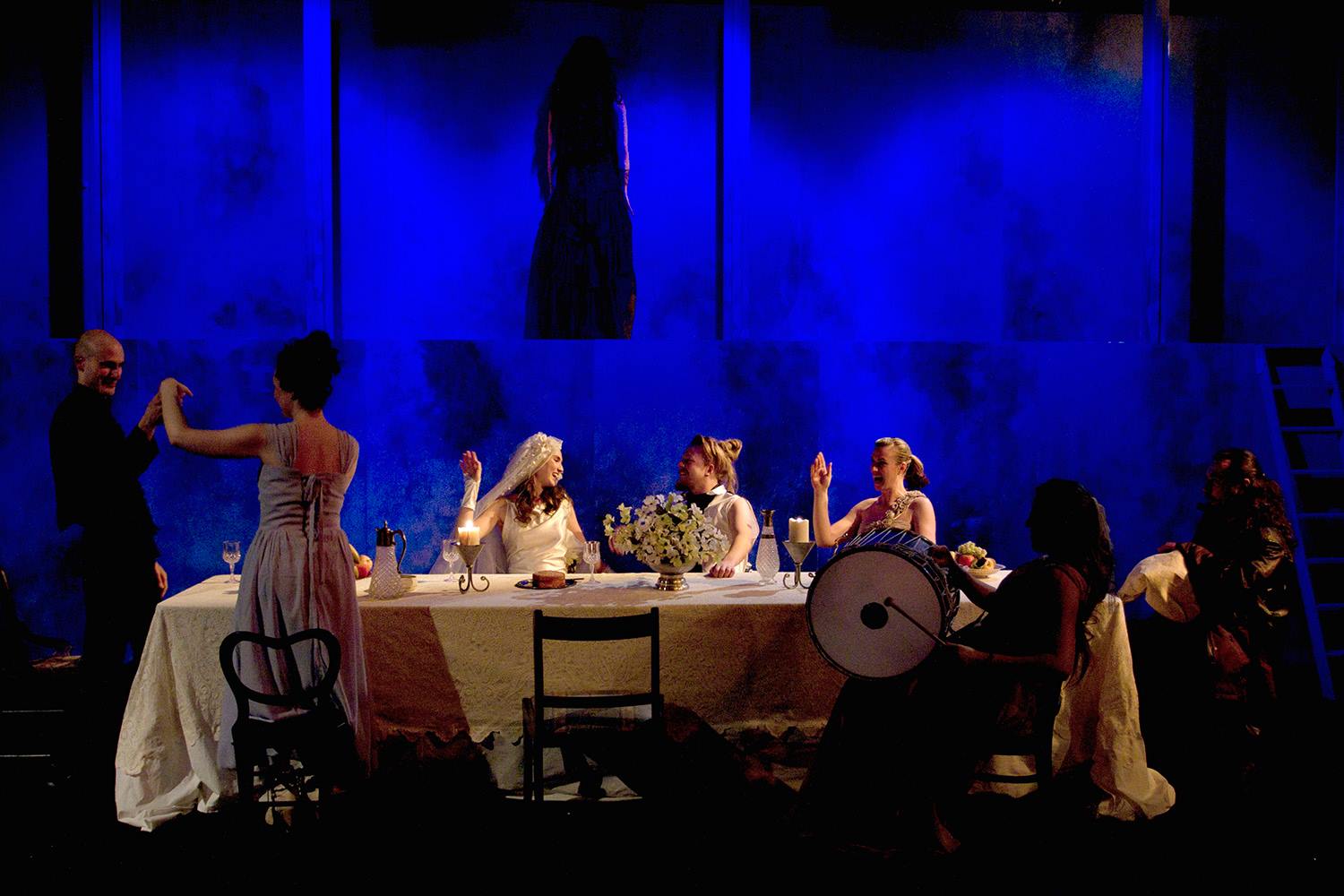 Theatre Lab Company (TLC), founded by Greek artists, is a London based international theatre company. TLC is renowned for striking visual storytelling on contemporary and classical texts of the international repertoire. The Company is also famous for staging of ancient and contemporary Greek theatre in the UK, most notably for its productions of ancient Greek drama at Riverside Studios for five consecutive years. Our work includes UK theatre productions, tours and participation in national and international festivals, translations and publications of theatre plays, and acting workshops.

Our productions are born and lovingly crafted in a dynamic rehearsal room with artists of different origins and backgrounds to create dynamic theatre that crosses the boundaries of culture, language and taboo and tell stories using mesmerising theatrical imagery, physical theatre/performance and devised experimental work.

TLC’s work is inspired by traditional and adapted texts, experimenting with music, movement, materials and ideas to explore new possibilities. Language is used in a powerfully dramatic way, combined with finely tuned physical choreography, to communicate, explore and expand the multi-layered ideas that unfold and captivate our audiences.

Sponsors include Arts Council England, Awards for All, The Secretariat General of Greeks Abroad, and several private foundations. The Company has been invited and participated in international theatre festivals in Athens, Avignon, Belgrade, Dublin, Edinburgh, London, New York, Paphos and Prague.

Notable awards include the Short run OffComm commendation from Off West End for Great Expectations (2019), the ‘Most Innovative International Theatre Production Company in the UK’ at the Global Entertainment Awards (2018), being flagged by official critics for Salomé at Avignon Festival D’OFF (2014), Critiques 1st Award at the Prague International Theatre Festival (2007), nominations for a Fringe First and Total Theatre Awards, Edinburgh Festival (2007) and the Hellenic Foundation Award (1997). Theatre Lab’s ancient Greek tragedy and comedy productions have been highly acclaimed by audiences, students, academics and VIP guests including Bettany Hughes, Ian and Victoria Hislop, and Kathryn Hunter.

Anastasia Revi, Artistic Director of Theatre Lab Company, has received the prestigious Best Director Award for her production Macbeth at the National Theatre of Northern Greece (2016), as well as the ‘Exaliptron’ Award for Theatre, Greece (2016), and has been nominated at the Greek International Women Awards (2017).

TLC is a registered UK Charity, No. 1102544 and a registered UK Company, No. 3473003. It is governed by a board of volunteer Trustees/Directors, and it is member of the Independent Theatre Council (ITC).